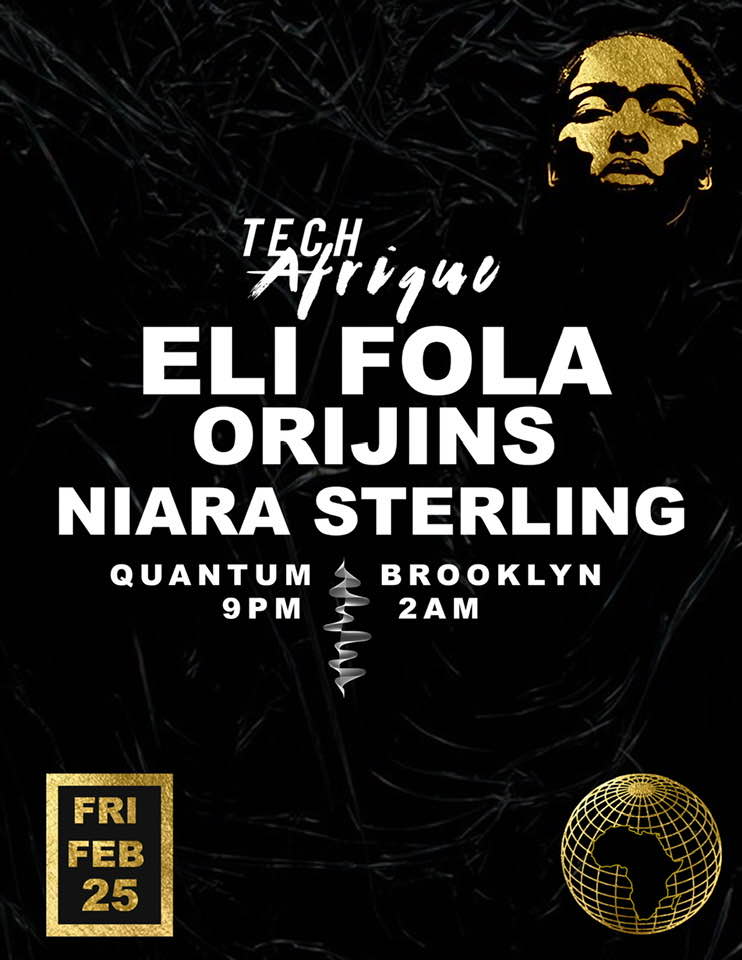 Eli Fola is a Nigerian born, New York and Tulum based multi disciplinary sound artist, saxophonist, DJ, and producer. He is the creator and pioneer of the live-hybrid set “Yoruba Tech Soul”— a fusion of AfroHouse, Techno, Jazz, and Classical music. He is often regarded as a saxophone genius and branded with the visual art world due to his powerful imagery that showcases Afrohouse and spirituality in a modern context. Eli Fola’s first introduction to House music and Techno was his discovery of Osunlade and Jeff Mills music. He has performed alongside artists such as Black Coffee, Pablo Fierro, and Audiofly. He has also been sought after by Grammy winning producer Swizz Beatz and Alicia Keys for private event at their home as well as their No Commission event in Miami where he got to perform alongside artists such as ASAP ROCKY, Lil Wayne and 2 Chains. As a Film score composer he has been commissioned to work on projects for Vogue Italia and Free The Works including  collaborations with brands such as  Soho House, Bacardi, ArtNews, and ArtBasel. Eli Fola was a 2017 Ted Speaker and performer. His Ted talk focused on how music can be used to reconcile and highlight differences in culture and identity.

In 2016, Eli Fola founded Tech Afrique, an independent label, events and cultural platform that promote Afrofuturist ideas. Tech Afrique also serves as a platform to release music and showcase upcoming DJs, and producers around the world in the BIPOC community who have been underrepresented. The label has released Three EP’s and has curated successful events in New York and Tulum, Mexico.

Niara Sterling is a multifaceted artist who is known as a DJ and Music Supervisor. Originally from Springfield, Virginia, she began her music career in 2016. quickly realizing that music is one of her passions, Niara relocated her career from Washington D.C. to Brooklyn, New York.

In the span of this budding career, Niara has become an integral leader in the renaissance of community, style, and expression.