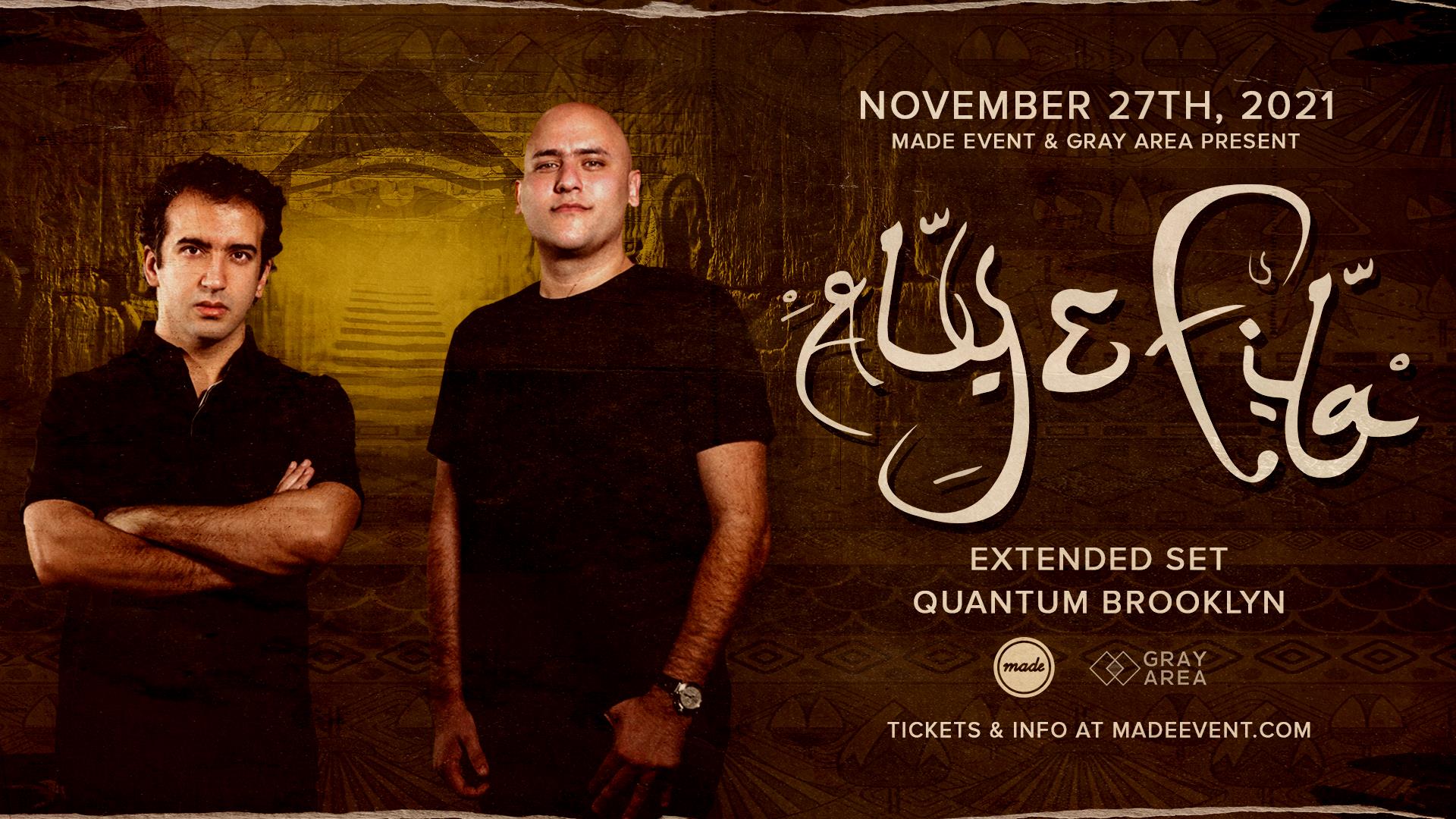 Aly & Fila are an Egyptian trance music duo made up of Aly El Sayed Amr Fathalah (Aly) and Fadi Wassef Naguib (Fila). They host an Internet radio show called Future Sound of Egypt, and are the founders of the label of the same name.[1] The duo has played events across the world including Ultra Music Festival,[2] Tomorrowland,[3] Global Gathering,[4] and Luminosity Beach Festival.[5] Three of their tracks were chosen as “Tune of the Year” on Armin Van Buuren‘s show A State of Trance. “We Control The Sunlight,” which featured the vocals of Jwaydan Moyine in 2012. [6] “Unbreakable,” with Roger Shah and vocals by Susana in 2016,[7] and “Somebody Loves You,” which featured vocals from Plumb, in 2020.[8]

While both continue to produce music together, only Fadi currently goes on tour since Aly suffered a severe ear injury while performing and was advised to avoid loud music or risk losing the hearing in that ear altogether.[9] Since then, Fadi has played events and festivals like Cream at Amnesia in Ibiza, Electric Daisy Carnival, Creamfields, Ministry of Sound and Stereosonic.