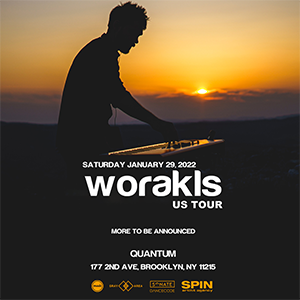 Rodrigues, who comes from a musical family, started learning the piano at age 3. After studying at a conservatory, he dedicated his time to electronic music and composition. He has found success with his remixes as well as his solo material. In November 2014, he founded the label Hungry Music with his friends N’to and Joachim Pastor.

A 2015 review in Billboard magazine referred to Worakls as a “rising French DJ” and described his tracks as “serious techno with a light touch”, “full of focused, nervous energy.”[1]

As of 2019, Worakls has released one studio album, several EPs, and numerous singles.