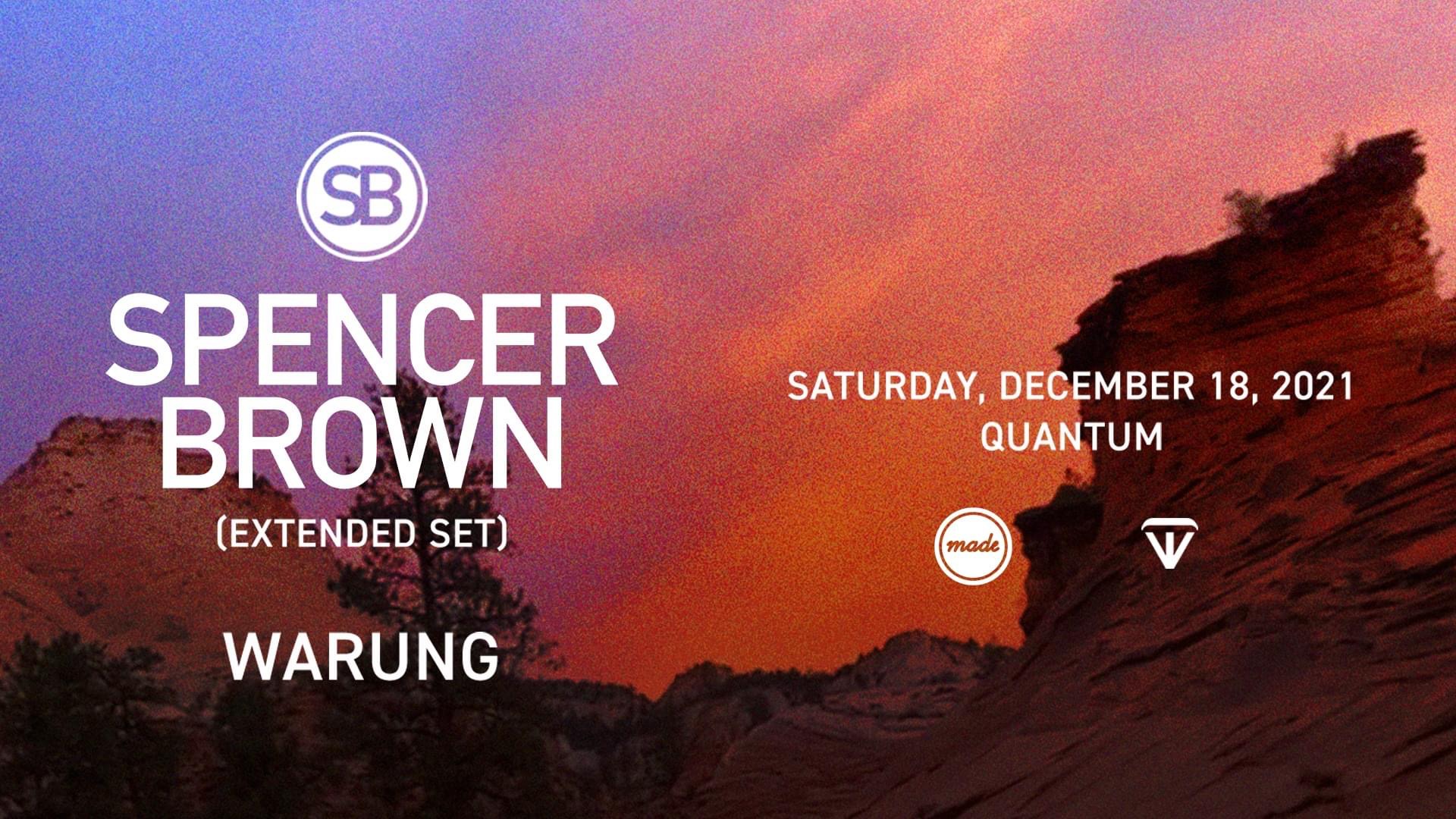 About Spencer Brown from Insomniac.

After Above & Beyond discovered Spencer through his graceful 2014 debut release “Chalice EP” on Avicii’s LE7ELS (garnering over 1.5 million listens), a string of successful EPs on their legendary Anjunabeats label led to his chart-topping iTunes #1 2018 debut album “Illusion of Perfection,” presented in a continuous mix. This mix-album journey was Spencer’s creative response to the modern era of pumping out saturated radio-edited singles, something from which Spencer shies away. Spencer’s darker follow-up, “Windows 95 on Acid EP,” was released on deadmau5’s mau5trap label and caught the eye of countless techno tastemakers.

Outside of the studio, Spencer is no stranger to the road. After making his live debut at Avicii’s 2013 Hollywood Bowl show, Spencer was invited to tour across North America on Avicii’s True Tour in stadiums such as Barclay’s Center, TD Garden, and Rogers’ Centre. This extensive touring was done while studying Electrical & Computer Engineering at the prestigious Duke University, where he graduated with distinction in 2016 after publishing a 47-page thesis on omnidirectional loudspeakers.

With over 10 years of DJing under his belt, Spencer’s live brilliance is rooted in his renovation of the classical ideology focusing on reading the room and defiance of premade sets to create an unparalleled journey mostly comprised of his original material. Following up his opening for Above & Beyond’s colossal 2018 Common Ground tour (in venues such as the LA Convention Center), Spencer embarked on his own mammoth international headline “Illusion of Perfection” tour to support his mixalbum, packed with 3 to 6 hour sold-out extended and open-to-close marathon sets. After proving himself on the previous North American Above & Beyond tour, they invited him to join for the entirety of both their Australian and European tours to finish off 2018.

His passionate, ever-growing fanbase has opened the door to playing at top festivals around the world, such as Tomorrowland Belgium, EDC Las Vegas, Electric Zoo NYC, Global Dance Denver, Ile Soniq Montreal, Dreams Fest Toronto, Electric Festival Helsinki, Creamfields UK, and many more. In addition to the festival circuit, Spencer has been invited to play some of the most renowned clubs in the world, such as Output Brooklyn, Echostage DC, Space Miami, and Hï Ibiza (invited by Armin van Buuren).

Spencer recently launched a new concept of parties called “Extended Sunsets,” where he plays open-air extended sets beginning a couple hours before sunset and playing into the darkness, creating an organic experience in harmony with the beauty nature. In the future, these parties may be held on rooftops, in forests, on beaches, or anywhere else with a beautiful sunset backdrop. The first installment, held at Hotel Via Rooftop in San Francisco, completely sold out in 4 hours.

While riding mopeds through busy Bali intersections, one half of this duo was intrigued by an Indonesian word that appeared on almost every street corner – “Warung.” Meaning “small family-run business,” it quickly became apparent how intrinsic these Warungs were to the culture: self made, the lifeline of the family, and an ever-lasting legacy to carry forth. The concept of Warung couldn’t have been a better inspiration for their sound and project. These two decided to forego their solo projects and together cultivate something rich, from the ground up, with the intention of starting an organic music identity. The development continues, and with each groove constructed they push forward into a new space, learning to blend old with new.