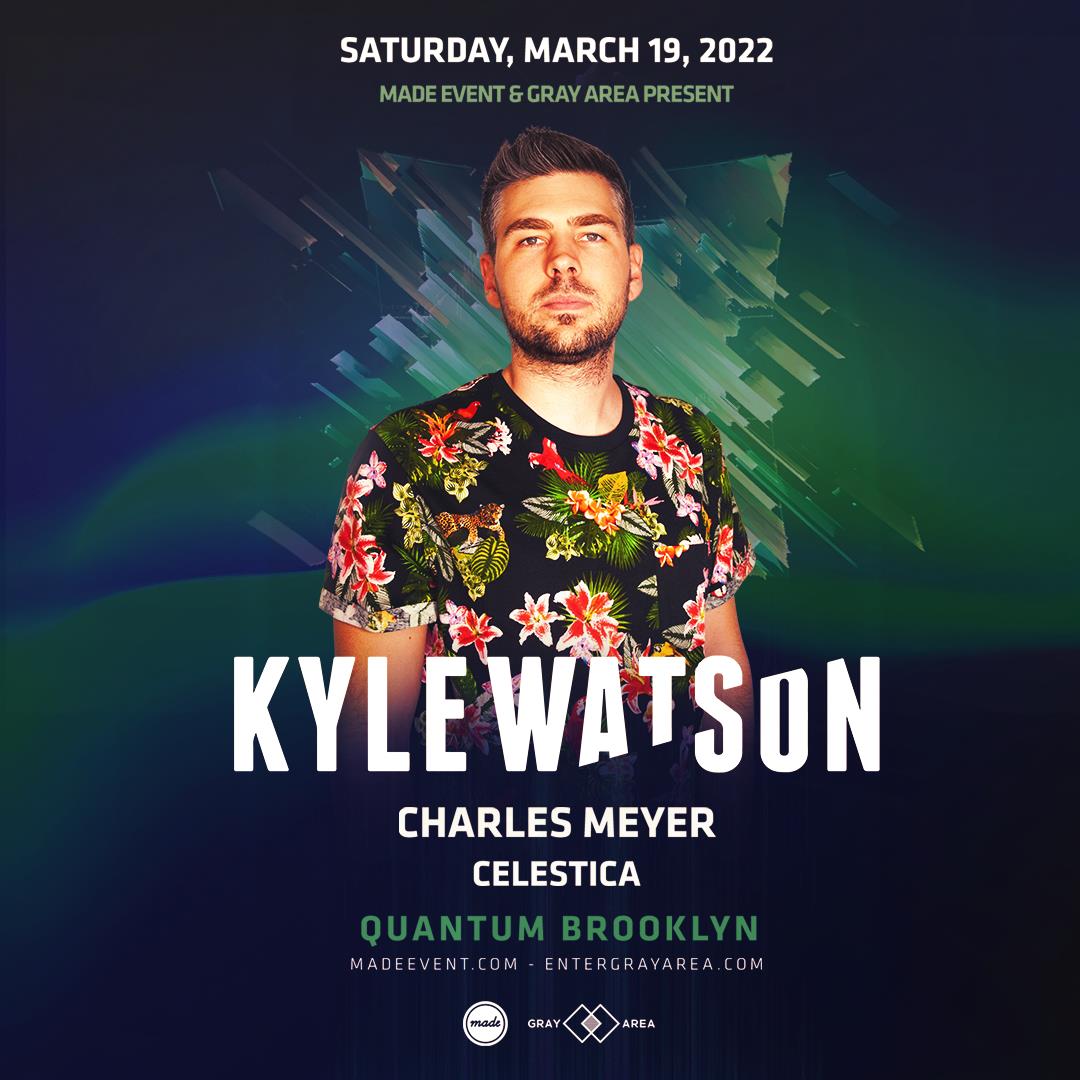 Kyle Watson began his career in 2007 with his first release.[2] In 2017, he was nominated in the Dance Music Awards South Africa 2017, for Best producer and Best Male DJ.[3] He began touring the United States in 2018, launching his 11-date New Ground Tour with a performance on The Palms stage at CRSSD.[4] That same year, he released his debut album Into the Morning. Explaining his album:

Into The Morning is a pretty eclectic album for me. I played around in a few genres different to what people might usually expect, and this little mini mix of the album tracks should whet your appetite and hopefully get you excited for the whole package to drop![5]

Shortly after the album release, he launched his “Into the Morning” tour in the US to promote the album. The tour started in October, and included different regions in the United States.[6] His music has appeared on major dance labels including Ultra Music, Atlantic Records, Dirtybird Records and This Ain’t Bristol.[7] He has remixed for artists including Rudimental, Zhu and Oliver Heldens.[8]

In 2019, he released his EP titled Landmine.[9] Later that same year, he collaborated with Australian producer Stace Cadet on his single, Safe which was released on Parametric Records.[10]

He has performed at Ultra South Africa[16][17] He has toured and performed in Brazil and the USA[18] and has also featured at music festivals and venues such as Corona Sunsets Festival in Cape Town,[19] The Lab Johannesburg,[20] Electric Forest, San Diego’s CRSSD Fest,[21] Shambhala Music Festival, and the Dirtybird Campout in San Francisco.[22] He was also set to perform at the 2020 Coachella but due to the COVID-19 outbreak, the event was rescheduled to 2021.[23][24]

He is also one of the founders of the record label Box Of Cats which was launched in 2016 alongside Wongo, Jeff Doubleu, Tom EQ, Jak Z and Marc Spence.[25]

NYC’s tech house ambassador Charles Meyer has a natural aptitude for giving partygoers not just what they want, but also what they need. His approach towards DJing elucidates the notion that the purpose of house music is not just to make you dance, but also to inform your ever-evolving interpretation of the world and send you down a path of transformation and bliss. Charles’ original productions draw from this same vision and consistently catch the attention of those who look for higher levels of integrity in music. Of note, his debut EP reached #16 in @Beatport House Releases, and his follow-up single was selected as a @When-We-Dip exclusive. Keep your eye on this distinctive new act, and come experience a Charles Meyer set for yourself in a city near you!