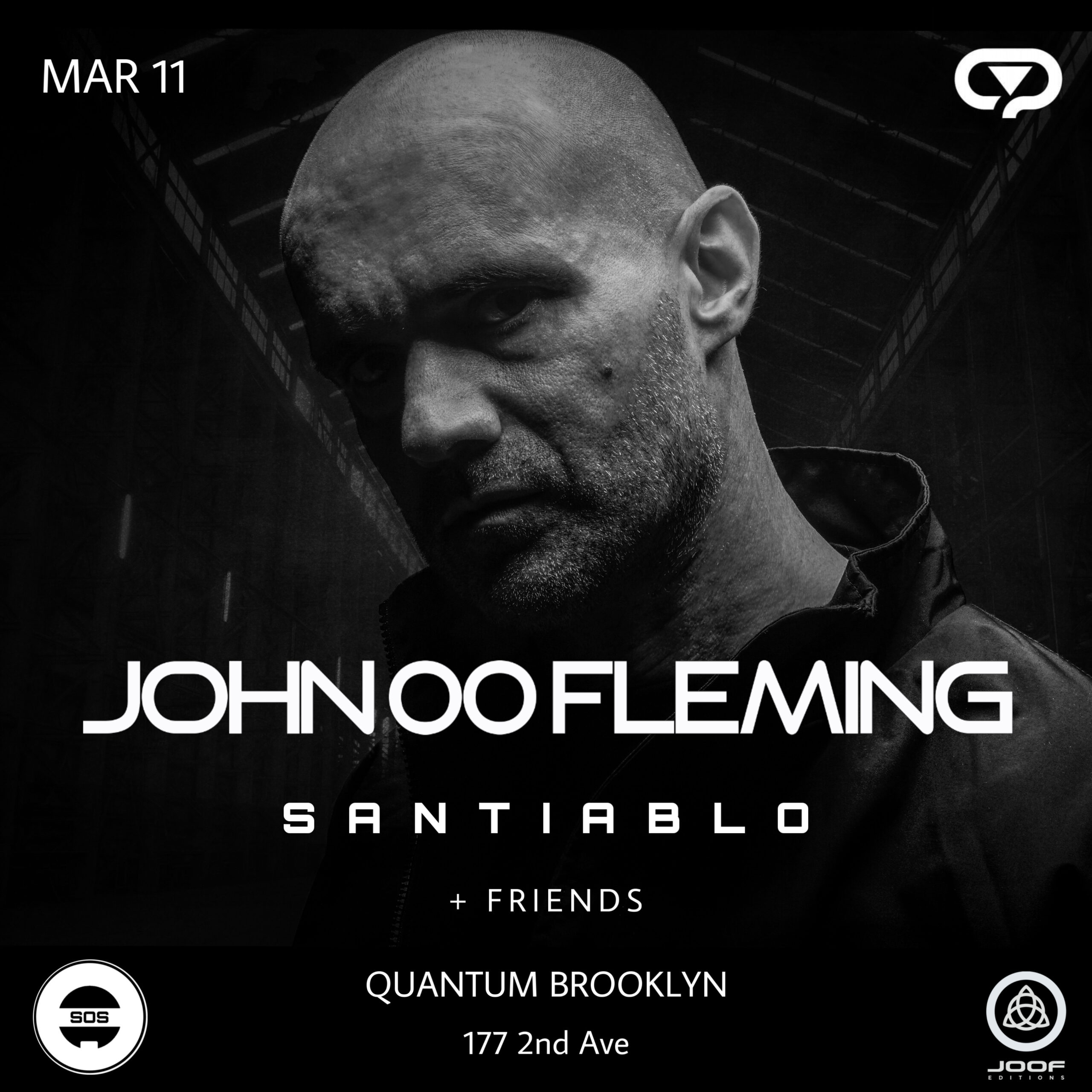 “A national treasure of trance music” Pete Tong BBC Radio 1 (Essential mix) “One of the Pioneers of the electronic dance music scene” The daily Telegraph Newspaper John 00 Fleming is an artist who has achieved international success in a career spanning over 20 years without dishonouring his musical essence or fans. With over 10 million album sales and 30 produced mix compilations, John’s a proven musical pioneer whose essence lies in what his fans call, ‘the J00F sound’. The J00F sound is as unpretentious as the artist, and is best described as deep and textured progressively edged trance, in an electronic dance music style that is an antithesis to what is normally produced within the genre. In an industry rife in self worship and mirror gazing, John is characterised by a passion and ability to connect audiences by injecting his unique underground musical style, and not his ego, into the mainstream vein. This connection has manifested in ten mix compilations and five singles in the UK Top 40 charts on iconic labels: Virgin, EMI and Warner Music. It has also seen him headline major events worldwide, seeing in over 10,000 appearances at the likes of Gatecrasher, Godskitchen, Ministry of Sound and Global Gathering, through to Holland’s Dance Valley, Serbia’s Exit Festival, Brazil’s Exxxperience, Australia’s Future music festivals, Belgium’s Tomorrowland, and the U.S.A’s Electric Daisy Carnival (EDC). John’s renown lies in his desire to give back to his fans. His much lauded 2010 BBC Radio 1 Essential Mix has spawned J00F Editions, an international tour which innovatively refocuses the music onto the club and its clubbers. J00F Editions resurrects the scene of old, and reintroduces the clubbing experience to extended sets, new sounds and new artists to deliver a true musical journey devoid of fluff and predictive cliché that has quickly gained international respect, residencies and support from other leading figures such as Dave Seaman, Avalon, Passion and Ministry of sound. JOOF Editions has been a huge success. John’s record label, J00F Recordings, and his monthly radio show, Global Trance Grooves, broadcast on iTunes, Ministry of Sound radio and DI. FM provides John another path to walk his own line. Here, he promotes rising stars in addition to giving over four million subscribed fans the latest in J00F’s inimitable sounds. John is also one of a select few endorsed by Pioneer. As the industry heavyweights inside every DJ booth, John provides subject matter expertise and consultancy in a partnership which ensures the upward evolution of the electronic music world’s tools of the trade. John’s esteem within the industry has garnered respect from electronica luminaries like Jean Michael Jarre and Simple Minds, and while humbly accepting peer endorsement he continues to let his production skills do the talking. Being humble John has never bragged the fact he writes music scores for the TV and movie world having music all over; BBC, NBC, Warner bros, Sony, ABC, Fax and more. Often being disgruntled with the commercial intrusion into the electronic John saved his writing skills for the media word, until recently where he has released an onslaught of chart topping releases, including his award winning debut album ‘Nine lives’ in 2011. John 00 Fleming is a performer who adroitly crafts something musically organic from the inorganic, artfully opening your senses into a genre far more pervasive than you currently know. Challenge yourself, and get intelligently immersed, inside his adventurous odysseys.